Best of Dolomites - Around Tre Cime via Paternkofel 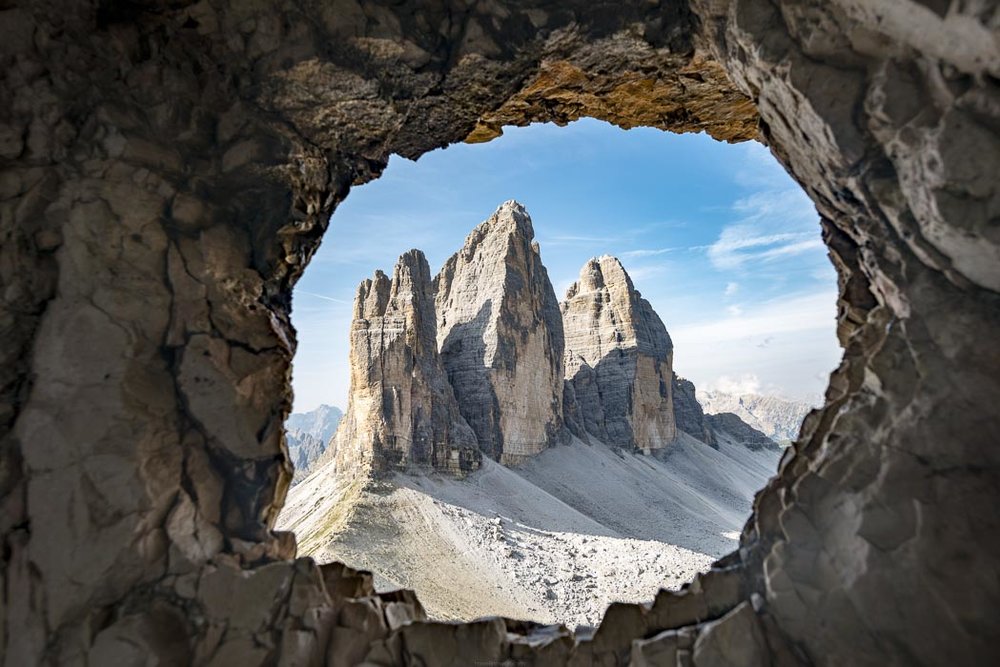 The three peaks (Italian: Tre Cime) are a remarkable and famous mountain range in the Dolomites. Challenging climbing routes lead to the peaks but this alpine region is also great for hiking and climbing via ferratas. We want to present you a round trip around the Tre Cime including the Via Ferrata to Paternkofel peak, which offers stunning views of the Tre Cime and other surrounding mountains.

The map below shows the hiking tour with some interesting spots as waypoints like Paternkofel peak and the lakes at Col Forcellina.

How to get there?

We chose to take the street up to Rifugio de Auronzo and start our round trip from there. Although you have to pay for the street there are many advantages to starting from here. First, it is possible to stay for the night at the parking space. The second advantage is that you are at the Ferrata to Paternkofel very early and the light on the Tre Cime is just right for photography. The chance for thunderstorms is also lower in the morning and you don’t want to be in the Ferrata during a thunderstorm.

The first part of the hiking tour leads you along an easy road to the Patternsattel. There is the first spot where you can take some nice pictures. From there another easy trail continues directly to Dreizinnenhütte. Also the Via Ferrata to Paternkofel peak and back down to the Dreizinnenhütte starts here. We took the way up to Paternkofel which also has a tragic historic background as the Ferrata leads along old war tunnels from the second world war. At some points of the trail, the tunnels have holes from which you have a perfect view of the three peaks, there you can take the classic postcard Tre Cime picture.

On the first part up to Paternkofel, you have great views of the three peaks all along the way until you reach the beginning of the real Ferrata. Most of the time you have to wait a little bit because of all the people climbing up and down. The Ferrata to the top is quite short but may be challenging for beginners. At the top, you are greeted by the pretty big summit cross. From the top the view is incredible! The three peaks but also the other surrounding peaks are really impressive.

After a few (or maybe a lot of) photos and a lunch break we went back down. First, you have to go down the upper part of the Ferrata the same way you went up. Then you follow the trail to Dreizinnenhütte. Now comes the part of the Ferrata that I found most challenging (probably because climbing down is often more difficult then up). Along a steep route, the Ferrata leads you down with a magnificent view of Dreizinnenhütte and the two Lakes beside it. 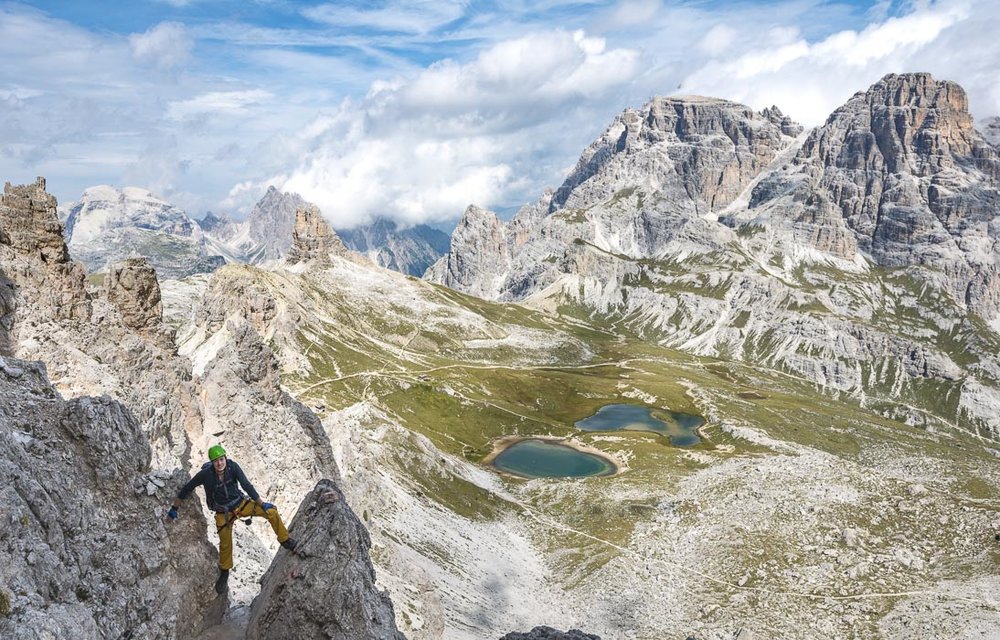 At the end of the Ferrata, the trail gets easier and leads you with stairs through old war tunnels down to Dreizinnenhütte. There you can take another break and get yourself a Kaiserschmarnn or Gulasch. If you’re not hungry I would recommend walking down to the two lakes called Lago dei Piani and take some pictures or walk in front of Dreizinnenhütte and get some nice shots of the three peaks.

The next part of the tour leads you to Col de Forcellina. Three little lakes make a good spot for taking photos of the Tre Cime. If you got hungry now you can eat something at the Lange Alm. The last part of the trail leads you back to Rifugio de Auronzo.

If you’re doing the Ferrata you shouldn’t forget your:

! If you haven’t done any climbing or have no experience of climbing ferratas we recommend to get a guide or someone who has a little bit of experience to go with you ! 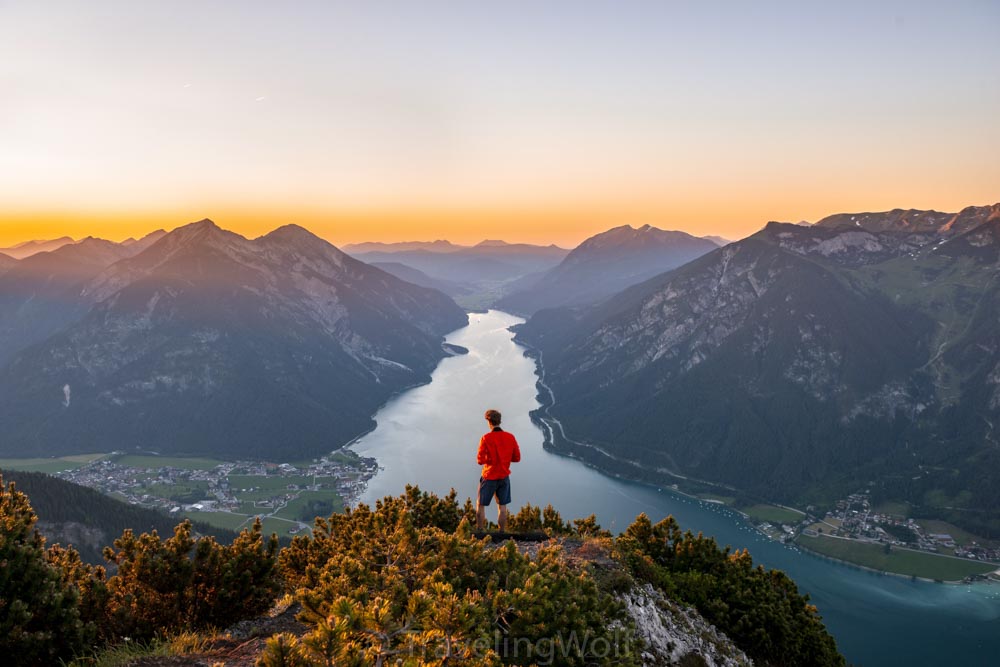 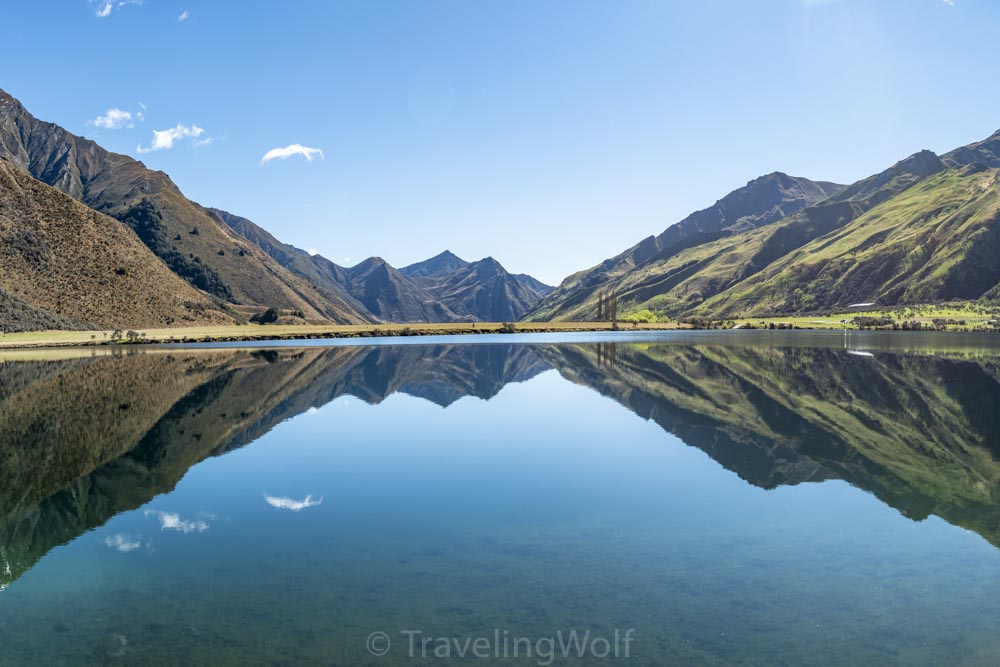 The 5 Best Day Hikes around Queenstown in New Zealand

Queenstown is known for its adventure tourism and skiing areas. It is a good place for sky diving surrounded by thrilling mountain landscape, like the Remarkables mountain range and Lake... 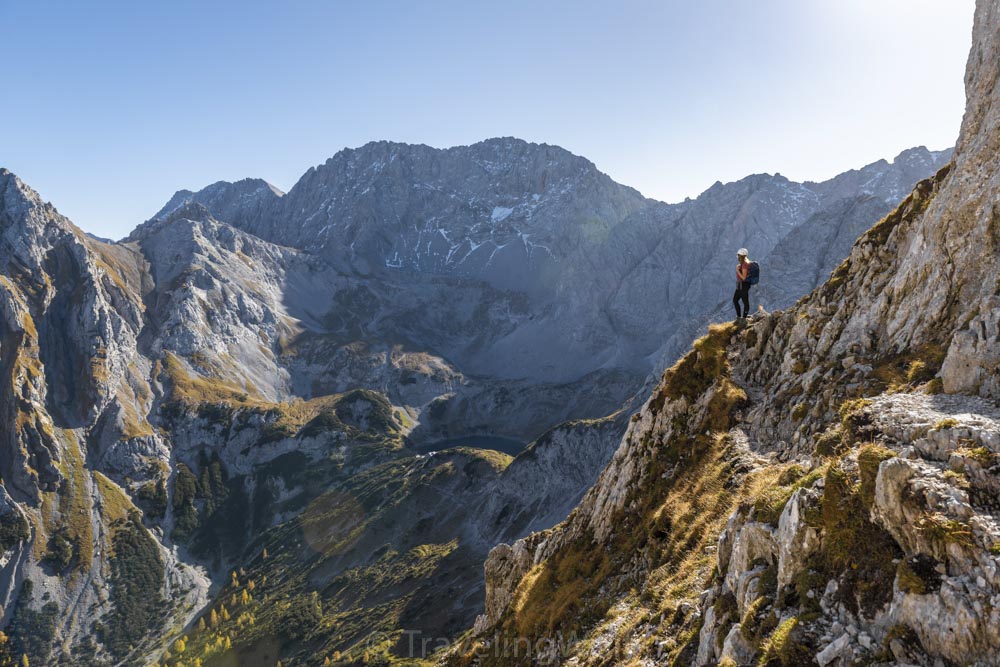 This hiking and climbing trail starting from Ehrwald in Tyrol leads you along many incredible photo spots to lake Seebensee passing Lake Drachensee at Coburger Hütte and on a demanding...

The Königssee is one of our favorite places in Bavaria. Who ever heard the echo of the Königssee, admired the Watzmann east face in St. Bartholomä and was at the... 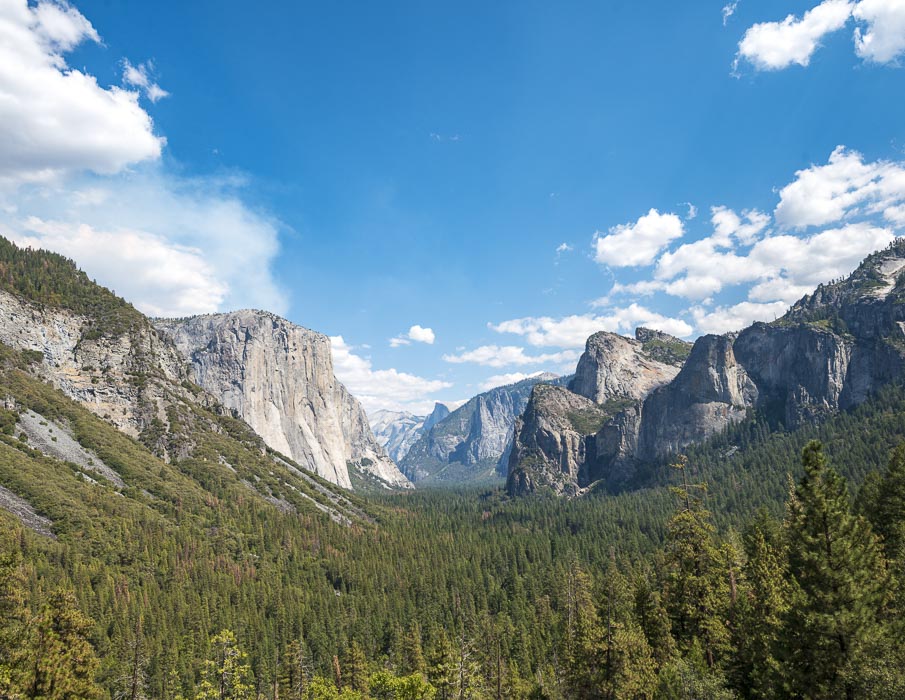